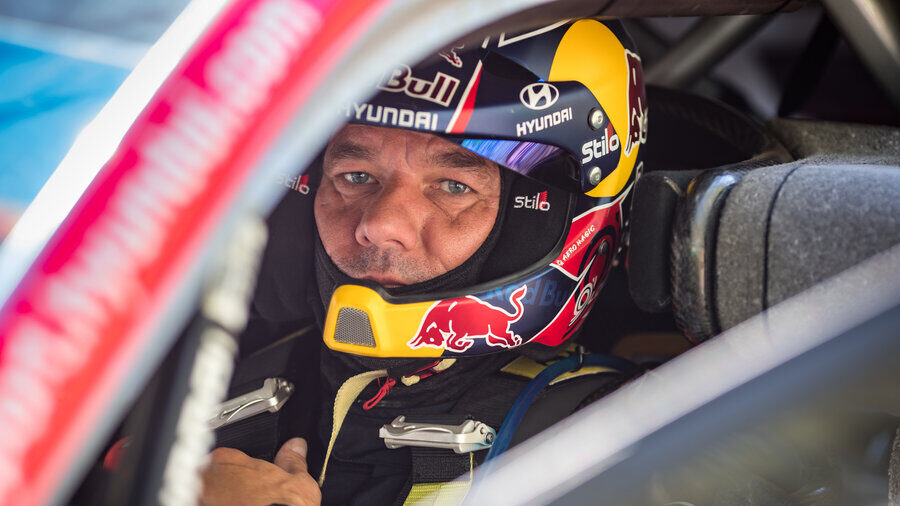 The nine-time FIA World Rally Champion will drive a Bahrain Raid Xtreme Dakar T1 car in January’s event, which will be held in Saudi Arabia.

Loeb and co-driver Daniel Elena have contested a selected number of WRC events over the last two years in a Hyundai i20 Coupe WRC – and led on what turned out to be their final appearance for the team in Turkey.

Their departure could be very good news for Craig Breen and Paul Nagle, who have had to share the third Hyundai with their French colleagues – but who undoubtedly deserve to have the car exclusively to themselves.

Through no fault of his own, Loeb’s final season with Hyundai didn’t go to plan – with outings in Kenya and New Zealand cancelled owing to the Covid-19 pandemic.

However, Hyundai says it remains open to welcoming Loeb and Elena back into the fold if ever an opportunity or need presents itself.

“Ever since Séb and Danos joined our team in 2019, we have been privileged to have their wealth of expertise and experience in our team,” said Team Principal Andrea Adamo.

“All areas of our operation have benefitted from their know-how, directly or indirectly. Their contribution helped us to fight for - and win - the championship last season. Their knowledge and commitment was perfectly demonstrated in the tougher rallies like Chile and Turkey.

“The pandemic has meant we haven’t been able to use them as we had intended this season, but their performance in Turkey was a reminder to everyone of their ever-present ability and speed. We wish them all the best in their next chapter and keep our doors wide open to them should they ever wish to return.”

“Here we are at the end of the adventure with Hyundai Motorsport - and what an adventure it has been,” said Loeb.

“I am extremely grateful for the opportunity they gave me during these two years by offering me a partial program, totally in line with my expectations, within a very professional team and in a pleasant atmosphere. These two years have passed extremely quickly - this one having also been cut by several months as a result of the pandemic - but they will have marked part of my career, and with another manufacturer title success to which I contributed.

“For me, Hyundai Motorsport gave me the best WRC car I have ever driven, and I was glad I could compete at the highest level with the latest generation of WRC cars.

“Now, a new chapter will open in 2021 with Prodrive in Rally Raid but who knows for WRC; neither Hyundai Motorsport nor I want to completely close the book for good.”