Sutton will ‘come out swinging at Thruxton’ 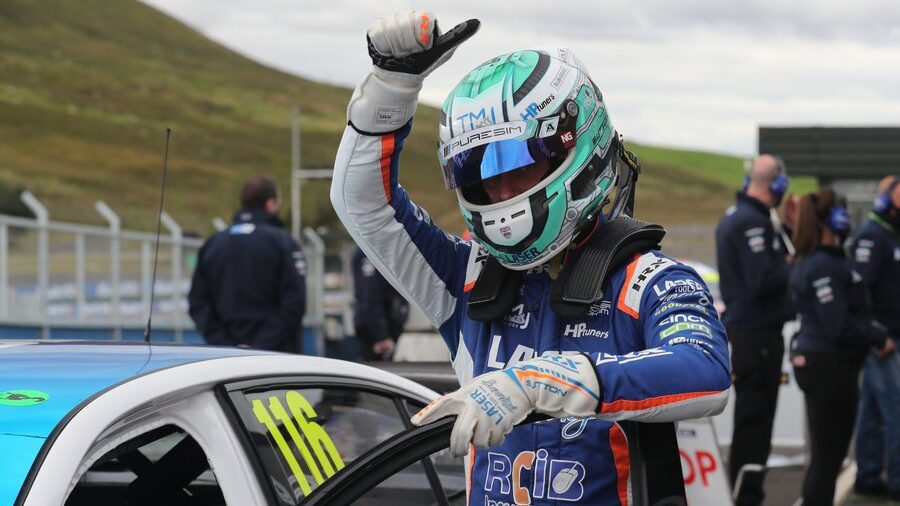 Ashley Sutton says that he’ll ‘come out swinging at Thruxton’ – after scoring two Kwik Fit British Touring Car Championship race wins at Knockhill and closing to within 10 points of the lead of the drivers’ title.

The 2017 champion – who wears a Stilo ST5 GT Zero helmet supplied by Nicky Grist Motorsports – took his Laser Tools Racing Infiniti Q50 to a pair of lights-to-flag victories in Scotland, before a measured drive to another points-scoring finish in the final partially reversed grid third and final race.

“Coming into the weekend I knew we had to start eating into Colin’s advantage and we’ve done just that with pole position and two lights-to-flag race wins.

“Laser Tools Racing and BMR Engineering gave me an incredible car, hands down it is the best touring car I’ve ever driven. Obviously to get a win for the team at what is there home circuit is nice too, it is as much their success as it is mine.

“Colin pushed me hard in races one and two, we were strong at different points at the circuit but I knew where to cover him off and managed to bring it home.

“We maximised every point that was on offer up across qualifying, race one and race two, and getting the fastest lap was key in both. Race three was just about consolidating and seeing what points we could score, which was a good amount.

“That’s the fourth meeting in the books now so there is still a long way to go and lots can happen. We’ve got a couple of weeks to work on the car and we’ll come out swinging at Thruxton.”

After a hectic four race meetings and 12 races in five weeks, the BTCC takes a short break before returning to Thruxton on 19-20 September.

GOOD NEWS: The Nicky Grist Motorsports offices have fully reopened and are manned during normal working hours: Monday to Friday, 09.00 – 17.30. You can contact us by telephone on 01981 241040 or email the office at [email protected]. We look forward to hearing from you, and being on hand to help you with any equipment queries and advice as always!