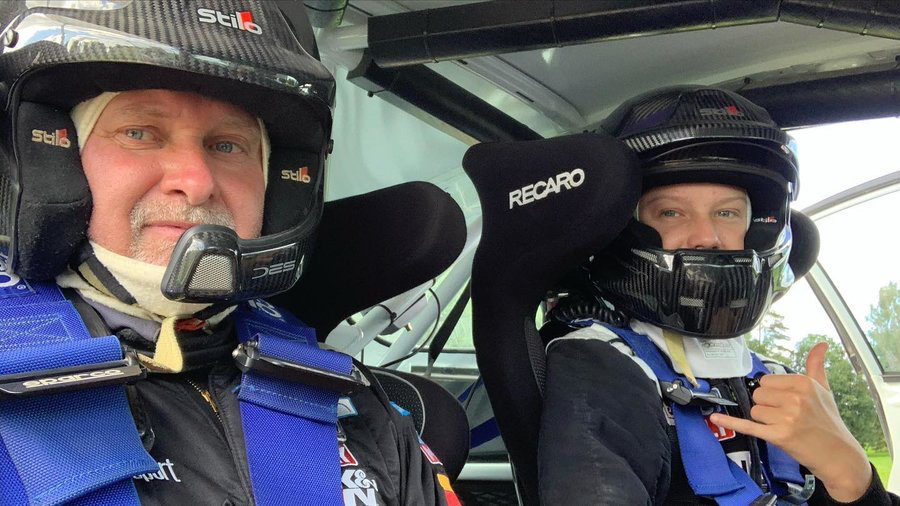 It’s 27 years since Nicky Grist co-drove for Armin Schwarz in the FIA World Rally Championship – and if that wasn’t enough to make the boss of Nicky Grist Motorsports feel old, news that Armin’s son is now making waves in international rallying certainly will!

Having already shown his enormous potential by winning the junior category on a round of the Lithuanian championship – taking a massive 40 seconds off his nearest rival on the opening stage of Rally Rokiškis – 15-year old Fabio Schwarz is contesting Rally Liepāja this weekend, which is Latvia’s biggest rally.

Needless to say, the German teenager is benefitting from his father’s experience – after all, Armin is also one of the world’s top driver coaches, as his Rally and Driving Experience courses are in great demand all around the world.

And whilst Fabio is currently rallying a Ford Fiesta R2, his sights are already focused on progressing to a Fiesta R5. In fact, he’s already tested one!

As with Oliver Solberg and Kalle Rovanperä, it will be fascinating to follow the career of Fabio Schwarz – as the next generation of former WRC superstars attempt to emulate their fathers.

And just to rub it in, Nicky and Armin rallied together 12 years before Fabio was born!

They contested four rounds of the 1993 WRC together in a Mitsubishi Ralliart Lancer Evo 1, with their best finish coming with third on the Acropolis Rally.

Fabio is pictured wearing a full-face STILO ST5 RALLY CARBON (fitted with a STILO PEAK), while Armin is wearing an open-face STILO WRC DES 8860 – both perfect helmets for national and international rallying.