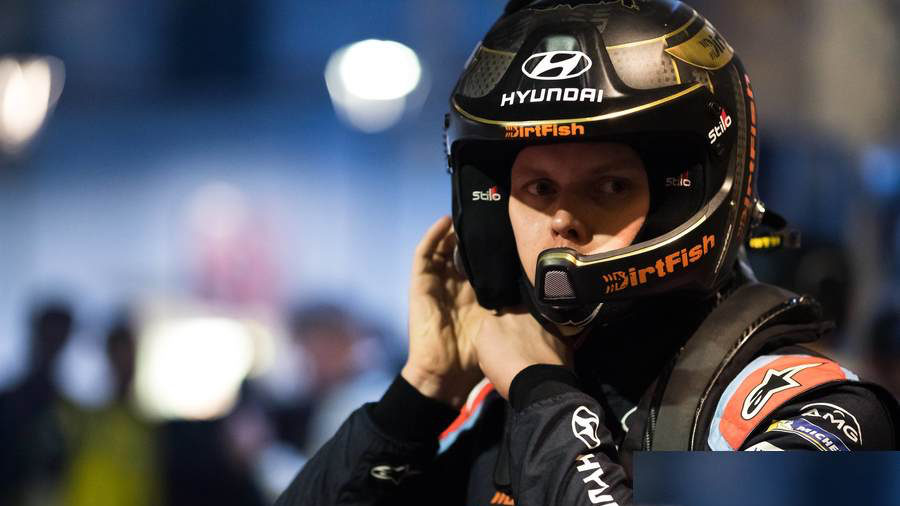 After he launched his car, Dukes of Hazzard style, off a mountain in Monte Carlo, Ott Tänak has since established himself as a serious FIA World Rally Championship title contender – with second place finishes in Sweden and Mexico followed by his first victory for the Hyundai Motorsport team in Estonia.

Maybe it was a little bit of inside local knowledge that enabled his i20 Coupe WRC to be set up perfectly for the not-so ultra fast and flowing gravel Baltic roads – but while Tänak was slightly outpaced by the Toyota drivers on the fastest stages, his advantage on the tight, twisty and rutted tests made all the difference.

Home victory for Tänak and fellow countryman Martin Järveoja was expected, but despite a penultimate stage scare – when they drifted slightly wide and were lucky not to hit anything hidden in the undergrowth – they finished 22.2 seconds ahead of team-mates Craig Breen/Paul Nagle, who themselves were on sensational form.

Tänak, the defending world champion, has moved up to third in the drivers’ standings, 13 points behind leader Sébastien Ogier and four points behind second placed Elfyn Evans.

With just three rounds of a Covid-19 reduced WRC remaining, there is no margin for error and everything to play for.

“I am happy to take this first win for Hyundai Motorsport,” said Tänak.

“It means a lot, especially in my home event.

“There was a lot of pressure this weekend, to be honest, and moments of stress which are now relief!

“The first WRC event in Estonia was one that I had to win, while also knowing it would be my first with Hyundai Motorsport. It was extremely important to bring it home. I couldn’t afford any mistakes, taking no risks but also performing with the required pace to win; bringing all of that together was a real challenge.

“We had to use this chance to catch back points for the championship, and thankfully we were able to use it well.

“My thanks to the whole team, who have all been working very hard during the past months; it’s been a truly great job and we must keep on pushing because we’ve shown what we can achieve.”